The places related to the End of the World in Ushuaia are ready to be visited. Let’s travel to the southernmost city, where the world ends, but everything else begins.

🔎 Check here the quide to travel to Ushuaia.

Being located on the southern end of the American continent and being, at the moment, the southernmost city in the world (see section on the dispute between Argentina and Chile), Ushuaia is known touristically as the “City of the End of the World” and that is why everything related to it must be visited.

🔎 Check here the top 5 things to do in Ushuaia.

1. End of the World Train

One of the places to visit to continue with the topic is the End of the World Train. It was, in its origins, the steam train that operated from 1909 to 1952, and was used to transfer the prisoners from the Ushuaia prison to Mount Susana. That is why it was called the train of the prisoners.

On the mount, the prisoners had to cut down trees and obtain other materials that were used to heat different buildings in the city with firewood. The original route of the train from Ushuaia to the mountain was 25 kms.

Today, the End of the World Train is only used for tourist purposes and recreates the last 8 kilometers of the original route. It works with the old restored steam locomotives, and crosses different beautiful landscapes, starting from the End of the World Station, located on route 3, on the way to Tierra del Fuego National Park.

📷 Take a look at this tour to Tierra del Fuego National Park and take a ride in the End of the World train. Book your place!

Another place to visit related to the End of the World, is the famous sign that marks the end of the national route 3, inside Tierra del Fuego National Park. This route starts in Buenos Aires and after 3,063 km it ends in front of Bahía Lapataia. It also marks the more than 17,000 km that separate it from Alaska, at the other end of the American continent.

It is located 25 km from the center of Ushuaia along the same route 3 in the direction of Tierra del Fuego National Park. There is no public transportation up to here, but you must do it with your own car or by tour.

Also located within Tierra del Fuego National Park, the End of the World Post Office is on a wooden dock in Lapataia Bay in front of Isla Redonda. You will be able to send letters and postcards from the end of the world to any part of it.

📝 Travel tip: Take your passport to the excursion and stamp it with the “End of the World” seal as a souvenir.

4. Museum of the End of the World

The Museum of the End of the World operates in the old building of the Banco Nación (Maipú Street 173). Here you can visit the General and Historical Archive of Ushuaia and a library with more than five thousand copies. Also there is an exhibition of objects and content of the first inhabitants and sailors who disembarked on the Fuegian coasts centuries ago.

As part of the visit, you can also visit the old Government House (Maipu 465), where different objects and writings are exhibited that review the history of Ushuaia.

The real lighthouse of the End of the World, the one mentioned in Jules Verne’s book, is San Juan de Salvamento, located in the Staten Island. Unfortunately, as it is situated in the open sea, it cannot be visited with an excursion.

But this does not mean that you have to miss the excursion to the lighthouse Les Eclaireurs and the pleasure of sailing the waters of the Beagle Channel.

🔎 Take a look at our article to make the navigation through the Beagle channel and the different alternatives of excursions that exist.

6. End of the World Prison

It functioned as a prison until 1947 and still maintains its structure with a central hall and five pavilions. Nowadays, the Marine Art Museum, the Maritime Museum, the Antarctic Museum and the Presidio Museum operate in this place.

The End of the World Prison Museum keeps the history of famous criminals who inhabited it as the Petiso Orejudo or Mateo Banks, as well as the life of the prisoners inside and the punishments they received.

🔎 Take a look at our article to visit the Prison of Ushuaia with useful information to plan your trip.

7. Other posters in Ushuaia

Within the city of Ushuaia there are other posters or signs where you can take a photo to take as a souvenir that refer to the fact that you are at the end of the world. Find them!

The island in front of Ushuaia belongs to Chile where there is a port founded in the midst of the last century called Port Williams. As it is an important point for the country because of its commerce and its proximity to Antarctica, it has been growing with its houses, government offices, schools and church, although at present it is estimated that it has less than 2,000 inhabitants.

Ushuaia has almost 80,000 inhabitants and in theory in Chile a town of less than 5000 inhabitants is a village. Recently the regulation has been modified and it is established that all the capitals of province, independently of the amount of inhabitants, have the category of city. That is why Port Williams, as a provincial capital, would be a city and, as such, could claim to be the city of the end of the world as well. 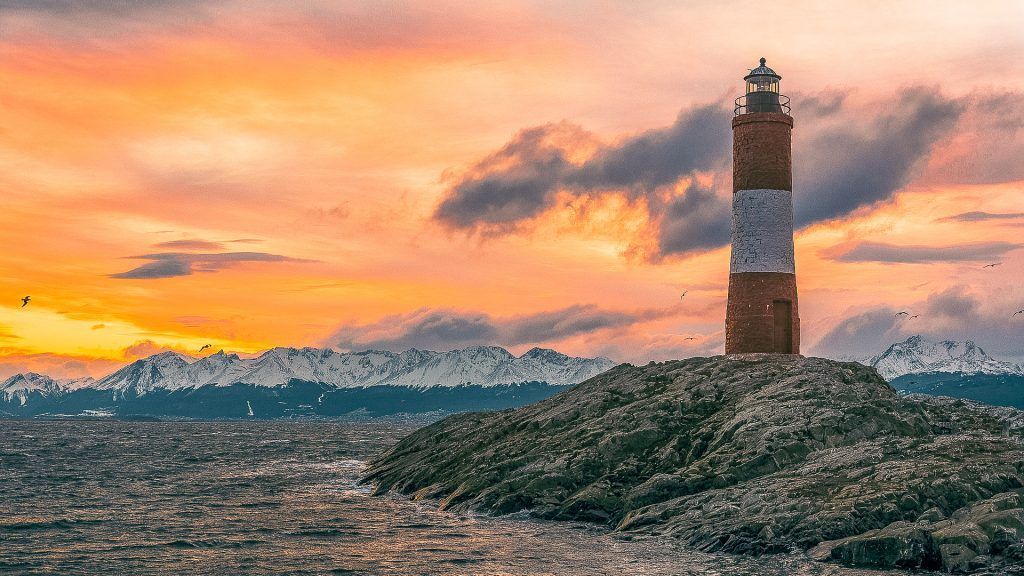 Excursion to navigate the Beagle Channel 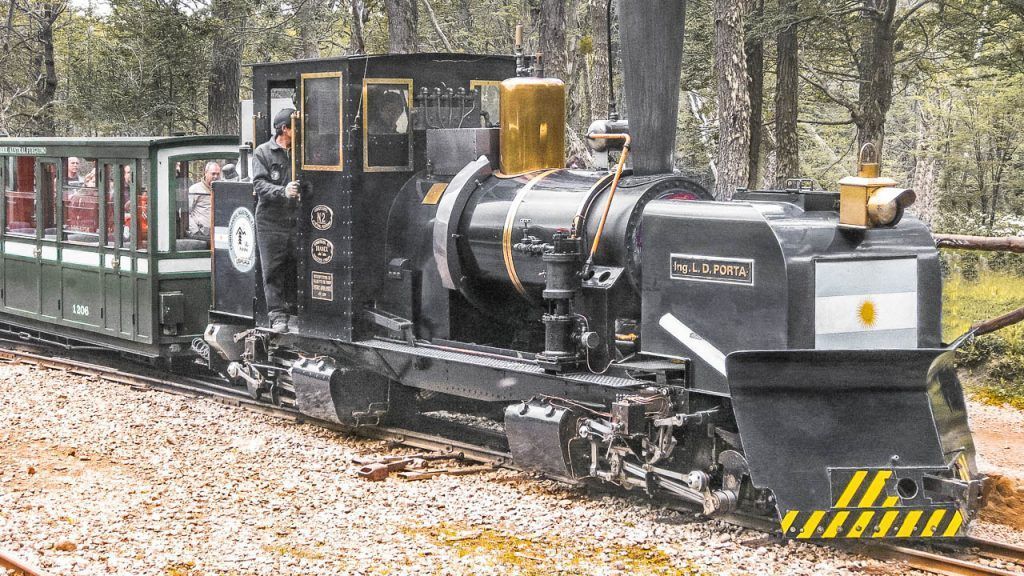 Travel on the End of the World Train, through time and history 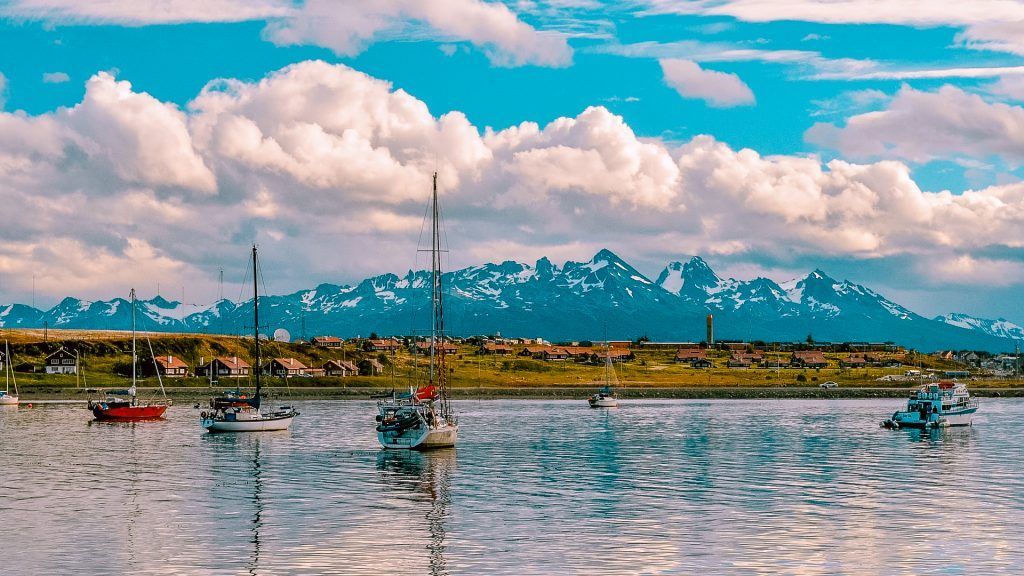 Things to do in Ushuaia, top 5 must-see